The store will not work correctly in the case when cookies are disabled.
Menu
Free Shipping on Orders over $50
Live Chat
Call Us Toll Free: (800) 663-7487 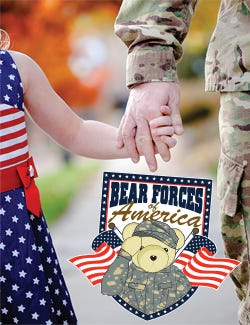 Bear Forces of America is manufactured by Ira Green, Inc. Ira Green, Inc. (IGI) began manufacturing military insignia in 1943 under the direction of Irving Stein. In later years, Mr. Stein was joined by his son, Barry. After Mr. Stein's passing in 1988, Barry Stein continued to manage IGI and introduce new products such as the Bear Forces of America and Sta-Brite insignia. Barry Stein retired from IGI in 1996 and sold the company to the current management in 1999.

Visit Our Other Sites:

You'll get access to the latest news, coupons, and special deals we have to offer, for FREE!